Gravitation Games is pleased to announce, on EARTH DAY, its first game in our party game line, Aloha Earth. Designed by Heather and Chris O’Neill, players take the roles of alien “Experts of Human Things”, debating the details of a (now-extinct, due to… something?) human civilization. Every earth-year, the Human Summit meets to debate on important topics such as whether a “Triple Vegan” is a Transcended Human Being or a Sports Pass only performed with a Cabbage. 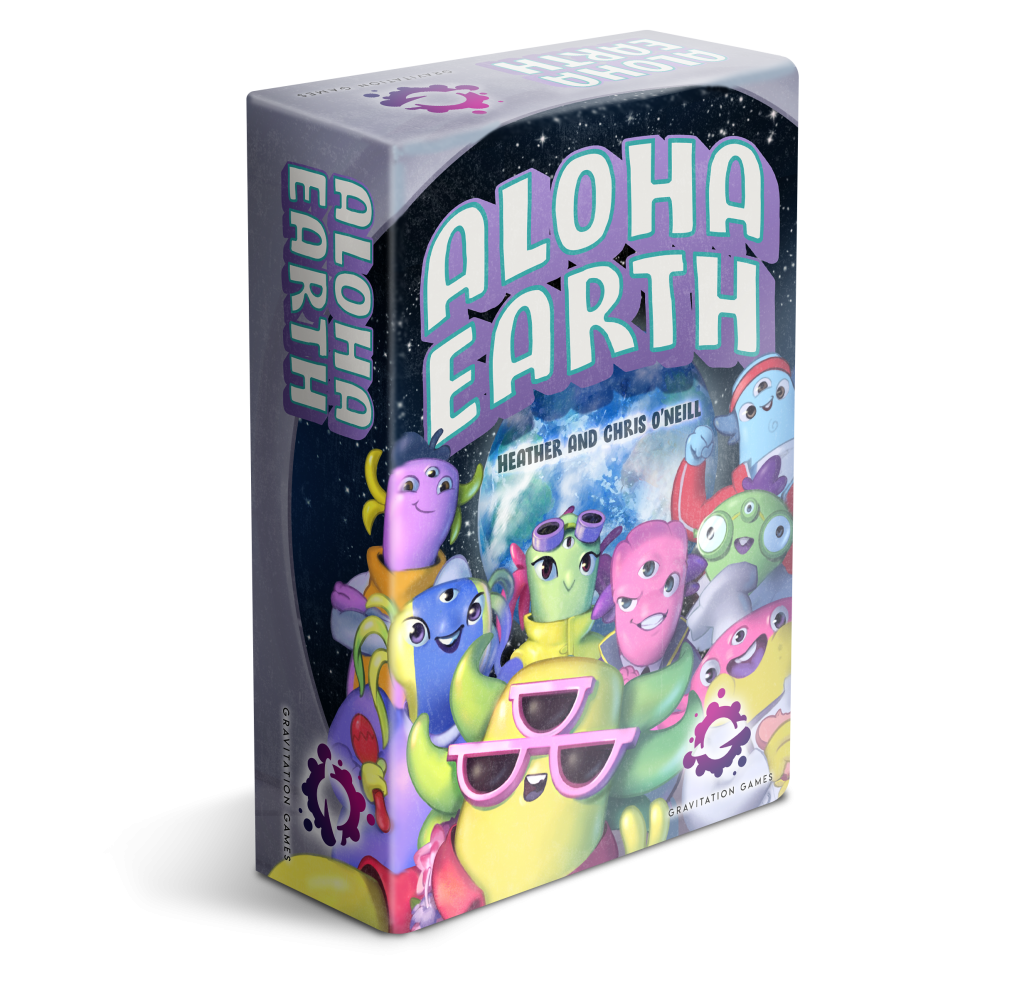 Aloha Earth is an improvisational game that puts all players on an even playing field. Because the alien experts don’t actually know what humans were like, they can infer what could have been based on complete nonsense. Because YOU are the expert, no one can say “You’re wrong!”

The scoring in the game inspires collaborative storytelling. After a debate, all players vote on someone who told the most convincing backstory for the object or reference. That player scores two points, but then must award a bonus point to another player who best helped them come to that conclusion!

Aloha Earth will be coming to Kickstarter in July 2021, but you can play the online demo free at https://aloha.earth and follow the Kickstarter Pre-launch Page https://www.kickstarter.com/projects/aloha-earth/aloha-earth-a-party-game to be notified when the Kickstarter launches.

Heather and Chris O’Neill are owners of 9th Level Games and designers of numerous board games and roleplaying games. Chris started in the industry back in the 1990’s and created Kobolds Ate My Baby, an early indie RPG. Heather designed Meeple Party and along with Chris, Schrodinger’s Cats and Pavlov’s Dogs. Heather is also the managing director for UNPUB. Both are members of the Game Maker’s Guild of Philadelphia. Find out more at www.9thlevel.com